Please allow me to introduce myself, I’m David Schick and I’m an author. Well, at least I try to be. I’m not published anywhere except on my own personal corner of cyberspace, but that may change some day. If you know anyone, please leave your comments in the little box below. 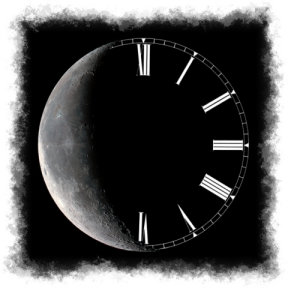 My first full novel, Caught Somewhere in Time, is mostly complete and I am about to begin writing its sequel. Since I am not a full-time author, it takes me a little more time to complete these projects, but I’m not in any real hurry either. I would much rather take my time and do it right than to spit a bunch of crap onto a page and call it my best work. There’s already a lot of crap out there, so no one really needs me to add to that pile (pun intended).

Back to the point, Caught Somewhere in Time was written online, with my first draft being published online every two weeks as I was able to finish the chapters. This allowed instant feedback from anyone who happened to be reading, which benefits me as a writer in that I know when things are not clear enough and need better explanation, or when I’ve made an obvious error. I don’t pretend to be an expert at any of this, and so I leave it for my readers to let me know what they need in my writing.

There are a few key points I would like to make about that particular story, because they seem like they would be obvious questions. First, yes the title was taken from a song title, as will be the sequel’s title. The stories themselves have nothing to do with the songs they are named for however. In fact, I rolled ideas around in my head and actually wrote a rough plot outline for the first book before I ever had a title for it. I was listening to Iron Maiden in my car one day, a bit of teenage nostalgia, and the song struck a chord with me right at that moment. Following that idea, I thought of other bands I listened to during that part of my life as possible contributors to any future novels. The second book, The Center of Eternity, is named for an Ozzy Osbourne song but similarly one has nothing else to do with the other.

Next, I name most of my characters very thoughtfully. Cole Sydney was named after my cat, well one of them anyway. We have a habit of rescuing cats at my home, and it happened that my wife and I picked out an all black cat from a shelter. I initially wanted a different one, but after she bit me, we selected her brother. If I remember the naming discussion accurately, it had me saying that we should name him Cole because he’s as black as coal. After that, Cole received a myriad of different middle names. At last count he had about ten names between his first and my last. The first middle name he was bequeathed was Sidney, after Sid Vicious from the Sex Pistols. Other cats have been (and will be) included in these novels, and famous people from history as well.

Lastly, many of the scientific ideas in this story are my own. There is always a possibility that someone else came up with them before I did, in which case I would gladly acknowledge their dibs on credit for said discovery if only I knew their names. I don’t seek credit for theories on the universe, because in my mind there is probably an alien species out there that figured all this stuff out long before we did. I just approach things with a certain level of knowledge and extrapolate from there using logic. A prime example is the method of time travel used. If a body truly moved beyond the normal flow of time using time dilation (Einstein I believe), then it seems to me that it would need to move faster than would be possible in an atmosphere and thus be relegated to outer space. Not that there is anything wrong with what Doc Brown, the Terminator, or James Cole have going on, their methods just don’t fit my model.

In conclusion, I would just like to say thank you for reading my writing. I appreciate what you do (reading), because it makes it worthwhile for me to continue doing what I like to do. If you want to contact me for anything, feel free to comment anywhere on this blog site that you think is appropriate. Caught Somewhere in Time will begin posting a newly updated and edited version on June 1st, and The Center of Eternity will begin its first draft that day as well. Other shorts and blog posts will appear here as I write them.

Posted on March 29, 2012, in Uncategorized. Bookmark the permalink. Leave a comment.